My orange 1976 911 Carrera 3.0 is due for an MOT, but there’s been play in the steering rack for a while now. As I am exceedingly time poor at the minute, I dropped the car down to Tuthills at lunchtime to get them to do it.

I hadn’t run the car since August 14th last year, so would the Odyssey 680 battery still have enough juice on board to start it? I needn’t have worried. Knock on the battery master switch, turn the key and into life at the first crank.

Arriving at Tuthill in Wardington was pretty hectic. The guys were getting ready for the Bulldog Rally this weekend, fabrication was busy, paint shop was busy, engine workshop flat out tuning a Belgian rally car. All sorts of stuff going on.

Oli Wheeler’s 3.2 Carrera with the Jenvey throttle bodies (covered by Jamie Lipman and me for 911 & Porsche World magazine) was in for servicing. Here’s Oli’s and mine with the new service van behind.

This is a very faithful ST replica that’s about to start racing: 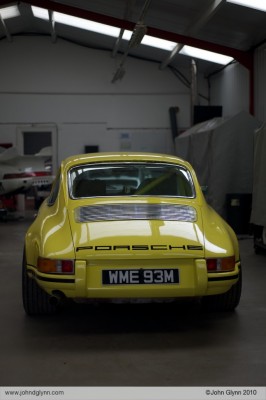 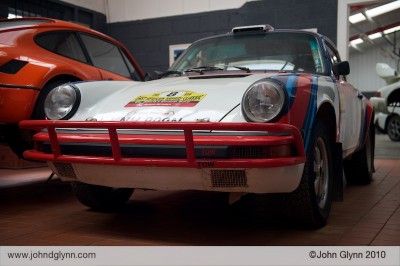 Here’s a build the guys have just finished. Nothing revolutionary, just a rust-free US import 911, rebuilt and repainted in Jaguar Green in a 3.0 RS-style. The finish is excellent: I love Minilites on a Porsche. The motor is a 3.2 with 964 cams , SSIs and a Dansk two out. Sounds great and I don’t usually go a bundle on 3.2s or the 2-out Dansk boxes. 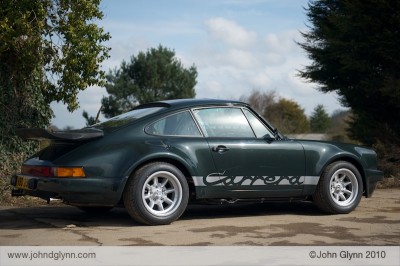 Also grabbed a nice pic of Mark and Martin putting the driveshaft back into a Boxster S in for a service: 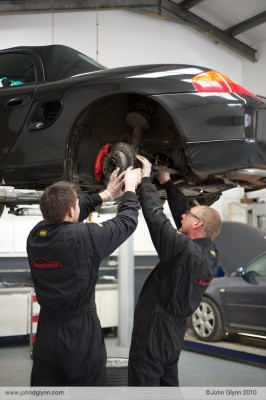 Inspired by all the activity and some very beautiful cars, I asked Paul to get the boys to do the rack and then drop the engine and gearbox out, as I have some long-overdue jobs to get through on the Carrera 3.0 motor and I feel like taking a day or two off to get these parts on the car. I’m going to get a list together and see what we can make happen while it’s all on the floor.

Came home in my Audi 80 Avant, which has been sitting there waiting to be picked up for weeks. Tuthills do Volkswagen and Audi servicing also, so I had left the 80 (a 2.6 manual with 150k on but in generally tidy condition) in with them for scary wear in the front suspension. They changed all the front end bushes, including new wishbones and strut top mounts, then retracked the car. It drove really well, albeit with a little bit of a knock up front still, due to wear in the struts themselves. Got my eye on eBay for some bargain replacements.

I’ve not had the Audi bill yet, but it’s bound to be chunky. No idea what the 911 will cost either, but the stuff needs doing and no sign of my being able to get to it in the next 8 weeks. Better to have these things ready to use or sell, than sitting in a garage gathering dust!