Been a very busy boy lately with a bunch of new website builds and a lot of new products and projects to look after. It’s left little time for Ferdinand, but I should start catching up after this weekend. 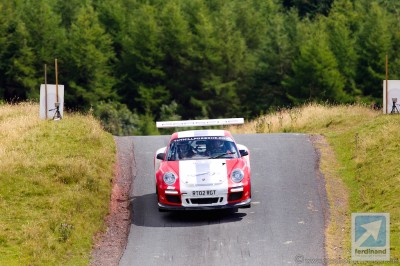 Undoubtedly the biggest Porsche story of the past two weeks has been the launch of Tuthill Porsche’s 911 WRC car. Built to comply with complex FIA R-GT/RGT regulations, the project was led by Graham Moore, who also managed the original Aston Martin V8 Vantage Rally GT project. Graham is super interesting to talk to, and following Team Tuthill’s work in getting the car through the various levels of FIA approval has been highly illuminating. 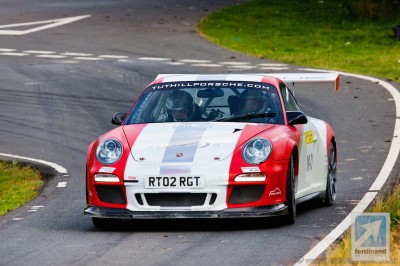 Like many of the engineers and technicians who work with Tuthill Porsche, Graham started with Prodrive in the early 1990s and gained experience across all of the projects of the time, including BMW and Alfa Romeo touring cars. He then switched to Subaru’s Group A and WRC teams, where his work as head of powertrain helped Colin McRae secure Subaru’s first World Rally Championship.

Since then, Graham has been focused on developing high power electric drivetrains for electric racing championships like FIA Formula E, and served as Chief Engineer on converting the LMP1 Lola chassis to race with pure electric power. Graham’s lead role in the Tuthill Porsche RGT project has been a real dream come true for all at Tuthill Porsche in Wardington.

It will come as no surprise to learn that the FIA’s RGT category is power restricted. The 911 has to run an inlet air restrictor, which limits outright performance on FIA events. This creates an interesting challenge to get the best performance, but Richard and Peter Lythell enjoyed their first outing at Harry Flatters, where the Tuthill 997 RGT car ran as course closing car with an official dispensation from the MSA.

“We had an amazing first day in the car,” said Richard Tuthill, who drove the car on the event. “The main aim of the day was to get miles under our belts. We tried a variety of setups and tyre combinations. Our target for the 911 WRC car was create a Porsche that is easy and fun to drive, and which will appeal to all levels of drivers.

“We’re delighted to report that the car lands beautifully from jumps, is incredibly nimble through the narrow tight twisty stuff and hugely competent in the fast sections. It was born to rally: there is also no doubt that it will be extremely competitive in the overall standings.”

Next outing for the Tuthill Porsche 911 WRC car is next weekend’s Ulster Rally. From Ulster it goes straight to Germany for testing for WRC Germany, and then possibly on to Scandinavia. We are waiting to hear! There may even be a video crew following the Tuthill Porsche in Deutschland, so we look forward to great content after that event.

The plan is to race this car to iron out any bugs and then open the order book for customer versions. Anyone interested in the Porsche 997 GT3 FIA WRC car should email Richard Tuthill and get talking, as build slots will fill up quickly. It takes very little work to switch the car from track day use to rally spec, so it is a true all-rounder.