Just put a quick voiceover on top of a video we shot back in 2007, when wife Sarah and I drove down to Lausanne in Switzerand to pick up my 911 Carrera 3.0 Coupe. It’s nothing special but I think some of you will enjoy it. 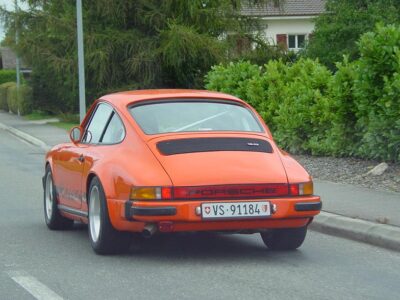 I first spotted the car in this pic on a Pelican Parts thread, and it was love at first sight. At the time, I owned a white 911 SC Cabriolet which I was very happy with, but I knew I would have to own this if it ever came up for sale.

When it did come on the market in October 2006, I struggled with the numbers for a bit and eventually realised I would have to sell the SC to pay for this C3. That Cabriolet was a darling and I struggled with the decision, but five years on, I still feel good about my choice. 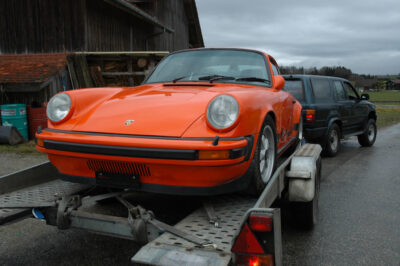 The Orange (so named by previous owner GeorgeK) looks standard but is quite different to how it left the factory. Engine is standard and I still have the original side glass, but most everything else is modified. There is really too much to list: we’ll get into it in detail sometime soon.

This 911 is my Cult of Porsche. We’ve got more videos of it to come and 2013 is expected to be a year of work on the car before Le Mans 2014. I’ll be there in this for sure. Keep it here for more on my Continental Orange Carrera and upcoming top end rebuild. If anyone’s got a deal on throttle bodies for this, I’m all ears!